The Lowest Temperature Recorded each Year in Houston (1892-2018)

Question: Can any discernible pattern be identified in Houston’s lowest temperatures recorded each year?

Short answer: maybe?  How is that for a quantifiable response?

While there isn’t a real strong trend in this data, an interesting observation can be made about the dispersion of temperatures around the 10-period moving average (shown as the green line in the graph above).  In the early 1900s, the dispersion appears quite large, but beginning in the 1990s, the dispersion around the moving average became significantly less.  Why this is the case is not easily understood from the data, but let’s look at some possible explanations.  For example, perhaps better recording devices and techniques were used in later years.  Or, since the official reporting sites in the early 1900s were located at various locations in downtown Houston, it’s possible that small differences in the microclimates caused wider variations in temperatures.  Taking this possibility further, if you look at the graph starting around 1970 (midway between 1960 and 1980 in the graph), the dispersion around the moving average seems to be much less variable after 1970 than before.  This could be because the official reporting site was moved to its current location at Houston’s Intercontinental Airport.  I mentioned this in a recent blogpost.

We could also look at this data grouped in decades.  A graph of the range of values is below. 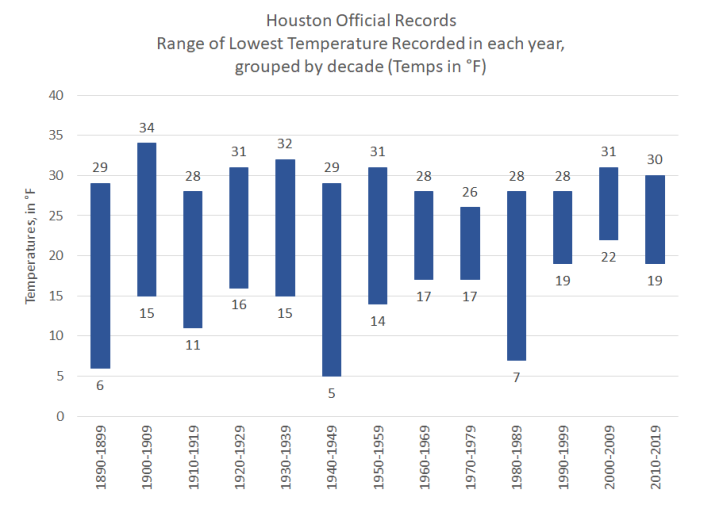 When we add a line graph representing the mean of the ranges for each decade, this is what we see: 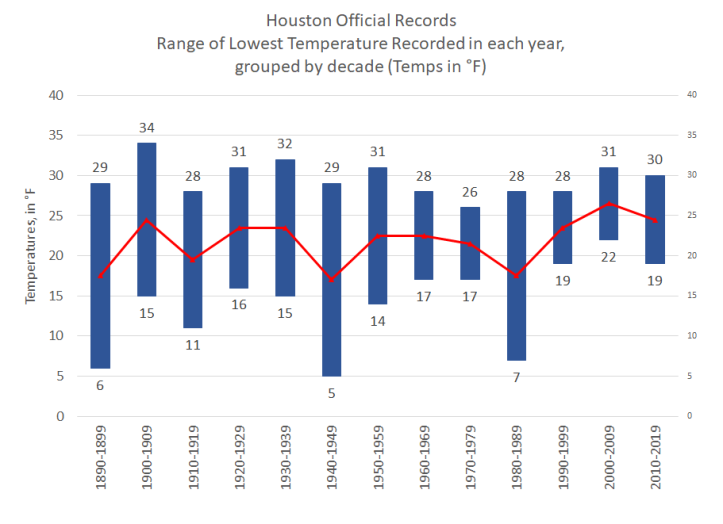